Join us for the adventure.

Monthly membership gets you on the Exo mailing list plus you will have access to our fourth Friday Members Only Zoom Call featuring experts, tools and Q&A. The call also allows for a small group break out session. Membership includes archive recordings of past sessions including Adam Apollo on group astral travel, Adam Curry on Consciousness Research, Sara R. Adams, and Paul Hynek, Grant Cameron, Riz Virk, Paola Harris, Arcturus Ra and more.

Your membership also makes you a galactic hero – one that is actively supporting the creation of cutting edge tools we are building and distributing to the growing network of exo organizations working to pour rocket fuel on this movement. Citizen driven science and powerful shared tools are possible with your energy and support.

NEXT MEMBERS ONLY HANGOUT EVENT 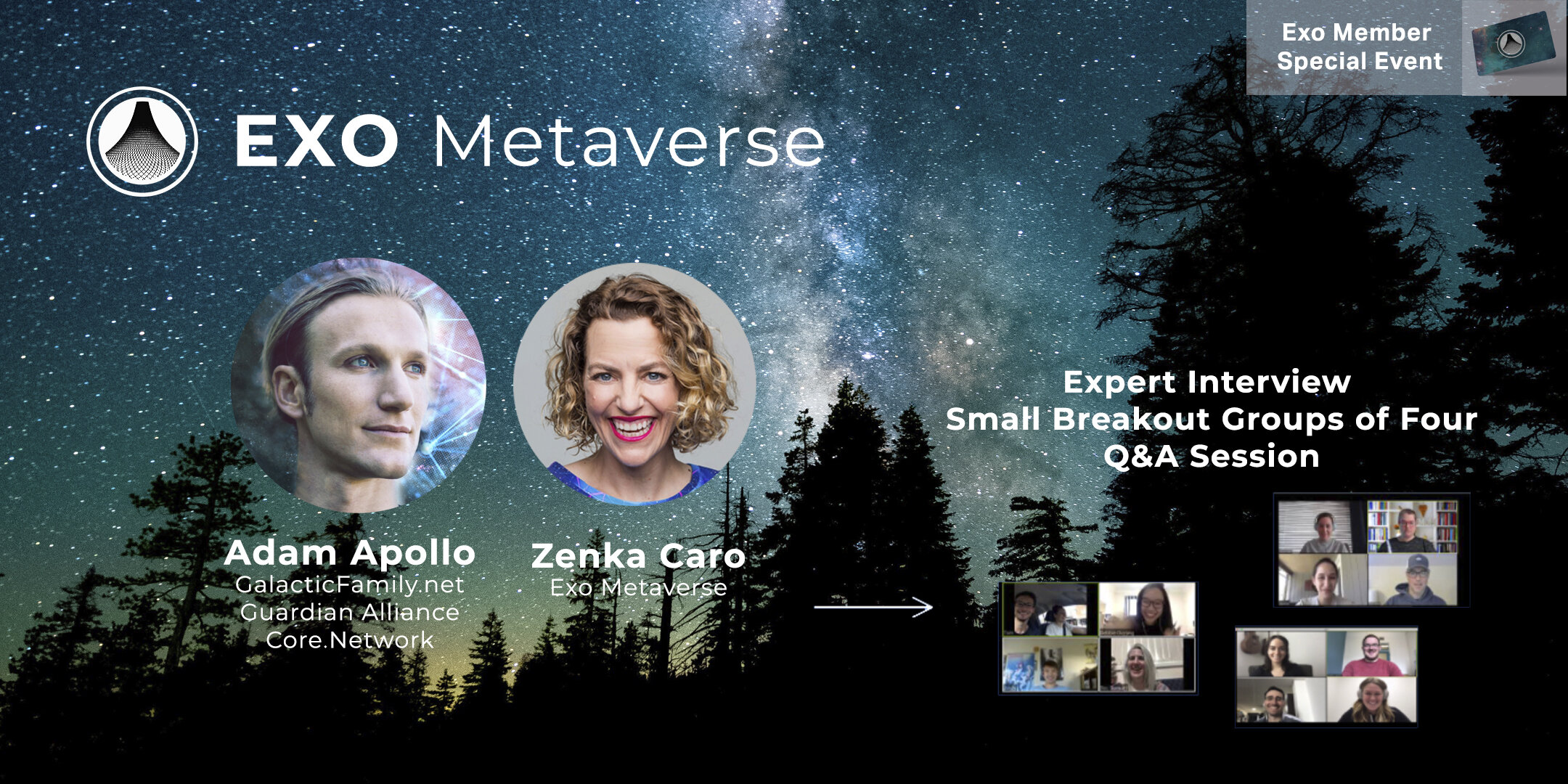 Adam Apollo has offered insights on global transitions, physics, technology, human spirituality. He is a cofounder of the UNIFY movement and two education and technology based companies: Access Granted and Superluminal Systems. He is an active faculty member, author, and the lead systems architect for several international online academies, including the Resonance Academy for Unified Physics and the Guardian Alliance Academy for self-mastery, with over 45,000 active students of all ages from around the world across these schools.